EPO President Benoît Battistelli and Kamel Ben Naceur, Tunisian Minister for Industry, Energy and Mines, have signed an agreement on the validation of European patents for Tunisia.

Entry into force of EPO validation agreement with Tunisia 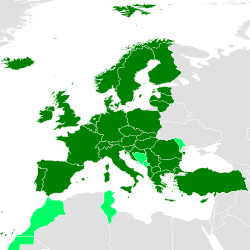 Adoption of the agreement between the EPO and the INNORPI